Skip to content
EIAST successfully holds workshop at RTA to promote outer space technology in UAE
UAE, July 14, 2014 – The Emirates Institution for Advanced Science and Technology (EIAST), successfully conducted a workshop at the head office of the UAE Roads and Transport Authority (RTA) recently as part of its strategic initiatives to promote the institution and its milestones as well as raise public awareness of outer space technology. The workshop was held at the RTA Auditorium and was attended by officials and employees from RTA’s Geographic Information System (GIS) Center.
During the workshop, space experts Ammar al Muhairi, Mohamed Bin Neshooq, Hessa Al Matrooshi, Eman Al Tunaiji, and Ghariba Salem made presentations about EIAST, its space programs, and its two fully functioning satellites – the Dubai Sat-1 and Dubai Sat-2. Their discussions revolved around various topics such as the remote sensing change detection, Normalized Difference Vegetation Index, Dubai Sat-2’s image specifications, image classification, and EIAST’s image enhancement and analysis tool. They also shared the 3D images captured by the satellites with the audience. 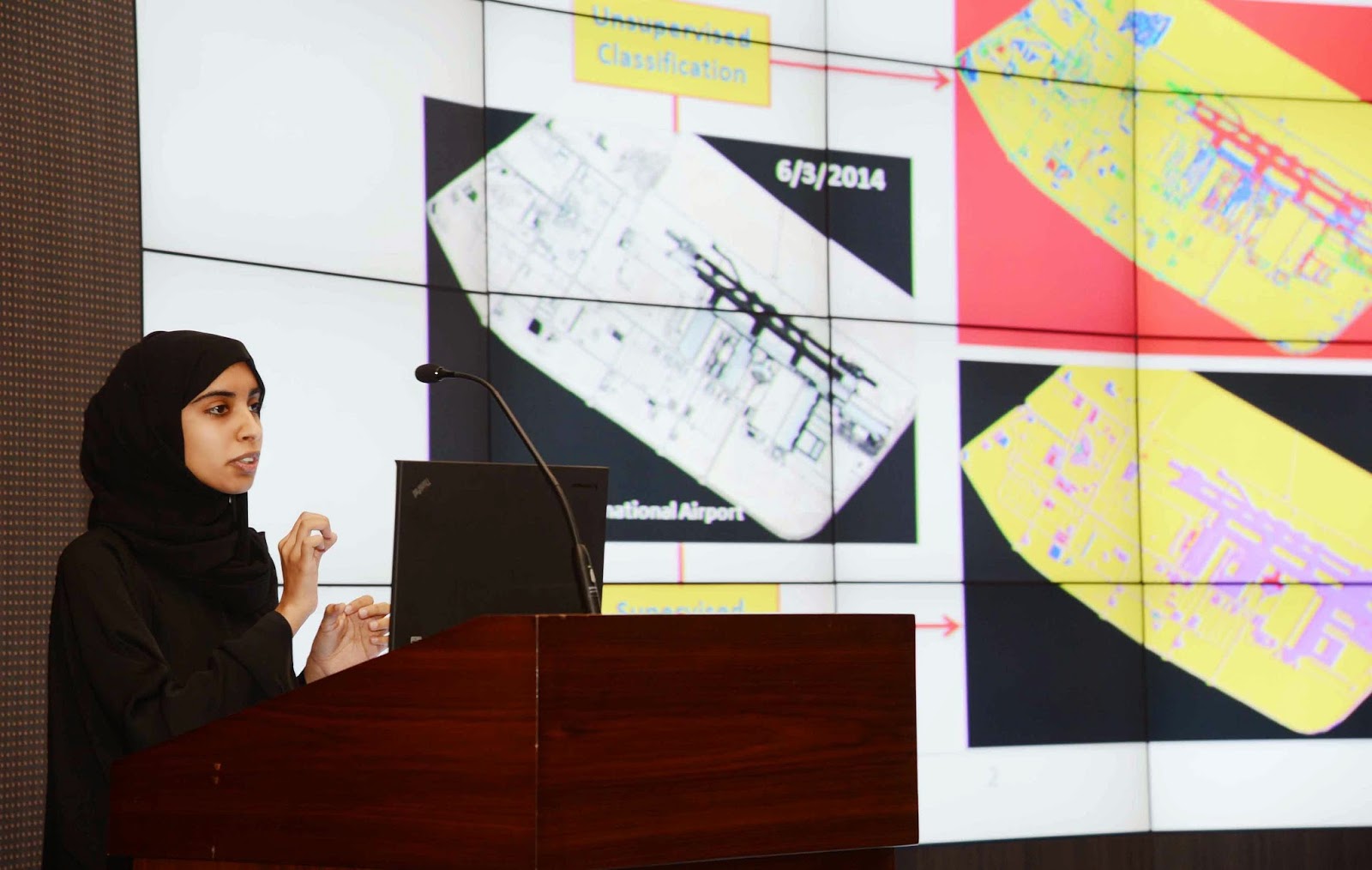