On the heels of the Digital Month campaign launched by the Abu Dhabi Government Media Office (ADGMO), His Excellency revealed that ADDED recorded high rates of online transactions in the previous year through the Department’s website and other digital channels. He added that 119,528 commercial and industrial licensing transactions were recorded from the beginning of 2019 till February 2020.

His Excellency explained that the promotional campaigns about the Department’s online services during the Digital Month are designed to encourage both customers and partners to use online services that are available via www.added.gov.ae. The campaigns also create awareness about the services offered through the TAMM website www.tamm.abudhabi, thereby saving customers and partners both time and effort by eliminating the need to contact customer centers for transactions.

END_OF_DOCUMENT_TOKEN_TO_BE_REPLACED 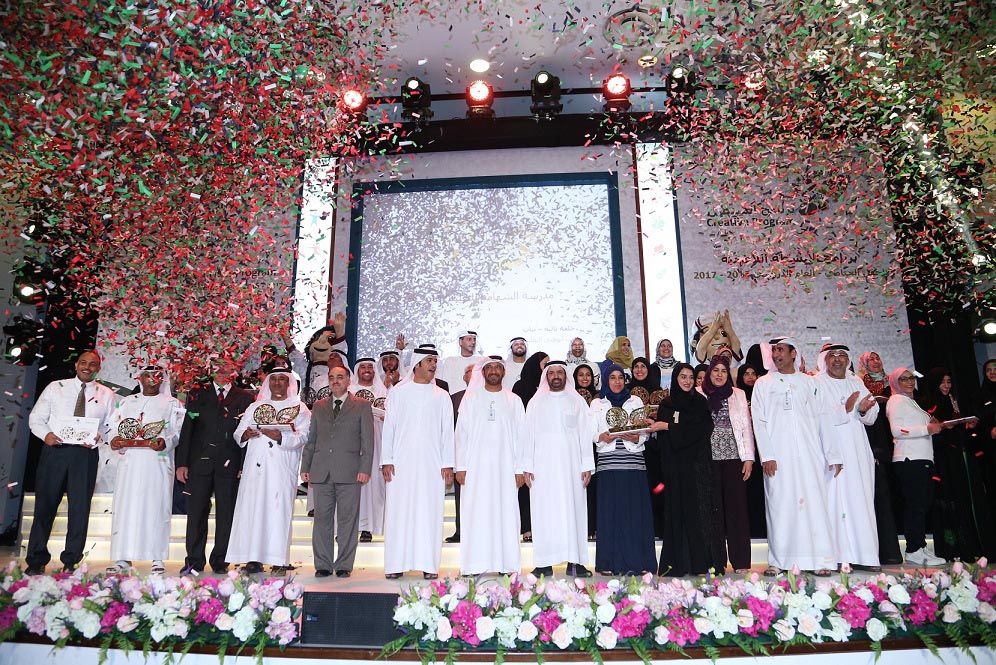 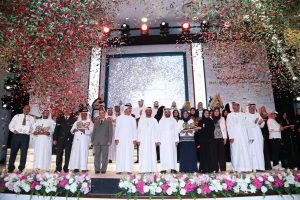 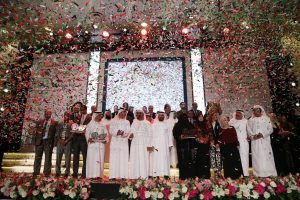 The KM Middle East Conference aims to become the premier knowledge management event in the Middle East. This year’s edition included an academic symposium for the first time. ALHOSN, the event’s official Academic Partner, shared insights on the challenges associated with the management of knowledge and participated in workshops facilitated by KM experts from five continents. The university delegates also met and collaborated with business and government leaders from across the region.

“The field of knowledge management is very relevant to our university’s mission as encapsulated by the motto ‘global knowledge with local vision.’ Although KM is a relatively new discipline, it has already been incorporated successfully in many private businesses and non-profit organizations for a better yield in business strategy, IT, or human resource management. We fully support this paradigm as a means to enhance the capabilities and productivity of the region’s growing pool of talented knowledge workers, and we intend to integrate some of its core aspects into our own academic programs,” said Prof. Abdul Rahim Sabouni, Vice Chancellor and CEO, ALHOSN University.
Knowledge management encompasses organizational strategies and practices for identifying, creating, representing, distributing and enabling the adoption of insights and experiences. It emerged as an established discipline in 1991, with courses taught in the fields of business administration, information systems, management, and library and information sciences. Other fields such as media studies, computer science and public health have also started contributing to KM scholarship.
In addition to the speeches and academic tracks, KM Middle East Conference 2012 also featured regional KM case studies, examples of KM tools, techniques and technology, and interactive workshops.
Named after Abu Dhabi’s historic ALHOSN Palace, ALHOSN University was founded in 2005 by the Abu Dhabi Holding Company in response to growing local demand for high-quality, value-based educational institutions. It currently offers 12 undergraduate and 7 graduate programs under the Faculties of Engineering and Applies Sciences, Business, and Arts and Social Sciences. ALHOSN accepts students of all nationalities and also accommodates youths with special needs. All of its programs are accredited by the UAE Ministry of Higher Education and Scientific Research.
About ALHOSN University:
ALHOSN University is a leading private university dedicated to high-quality, value-based education under the slogan “Global Knowledge with Local Vision.” The Abu Dhabi-based institution is owned and supported by the Abu Dhabi Holding Company and is fully accredited by the UAE Ministry of Higher Education and Scientific Research.
ALHOSN University manages accredited programs (11 undergraduate and 7 graduate) in three faculties, all of which were developed by top North American educational experts. Undergraduate academic degrees are offered as four-year programs and taught in English, except for the Arabic education component.
The University’s City Campus includes the Men’s Campus, the Women’s Campus, the Engineering Lab Building, the Library Building, and the Lectures Building, all located at the heart of Abu Dhabi. A main campus with world-class, state-of-the-art facilities will soon be constructed. ALHOSN is open to students from all nationalities.

Amity University Dubai to hold presentation on 22 industry-specific courses during GETEX 2012
Dubai, UAE, March 20th, 2012 – GETEX 2012 has announced that Amity University Dubai, a premier institution for higher education in the UAE, has confirmed its participation as sponsor for the second year running of the Middle East and Asia’s leading education, training and professional development event. Amity University Dubai will be showcasing its complete line-up of 22 industry-specific courses that have been developed to meet the needs of UAE learners. GETEX 2012 will take place from 19th to 21st April 2012 at the Dubai International Convention and Exhibition Centre. It was further revealed that Dubai International Academic City (DIAC), Al Hosn University and Abu Dhabi University will also be participating as sponsors of GETEX 2012.
Anselm Godinho, Managing Director, International Conferences and Exhibitions (IC&E), said: “Leveraging our strategic partnership with distinguished academic institutions such as Amity University Dubai, GETEX continues to gain momentum in creating a truly comprehensive showcase of world-class academic and professional development programs. GETEX will once again serve as the definitive venue that brings together thought leaders and key education stakeholders from all over the world to gather insights and cultivate in-depth discussions that will ultimately further enhance the culture of excellence in the region’s academic sector.”
Atul Chauhan, Chancellor, Amity University, said: “GETEX is one of the largest and most anticipated education events in the Middle East. It provides an ideal platform for academics, decision makers and key players in the education sector to share best practices, information and knowledge for the overall benefit of the academic community. Through our participation at GETEX, we hope to increase awareness of our presence here and extend a host of options to students, not only in regular disciplines but also in niche areas that are gaining increased importance in the region such as nano-technology, nuclear science, solar and alternate energy and forensic science. Amity’s support to the event underscores our overarching objective of contributing to the growth of the UAE economy by helping reduce the existing gap in skills and industry requirements.”
GETEX 2012 will gather more than 500 institutions and no less than 2,500 academic, vocational and training programmes. Over 30,000 visitors from across the Middle East are also expected to attend the event.